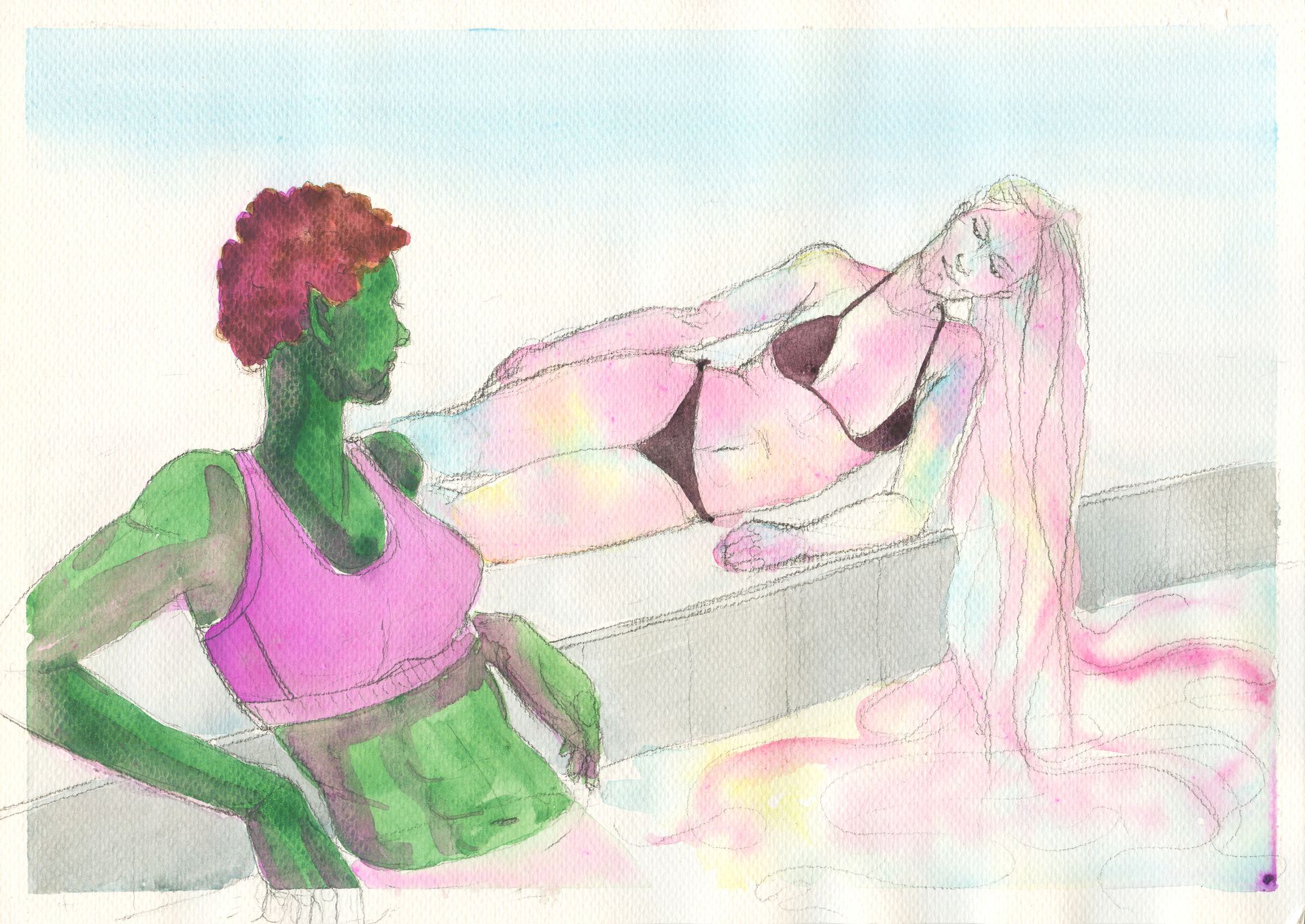 Two watercolor paintings I did for an event on DW.

Not much thoughts about this one. I always liked Karolina and Xavin as a pair; also because Xavin was the rare Scrull that actually shown some genderqueerness. Genderqueer Scrulls is an idea that seems absolutely intuitive about a race of shapeshifters to me, but for some goddamn reason no Marvel writer ever properly explored it (as far as I know, I haven't read that widely).

"she has lots of fans"

Imagine this: Gotham is hit by a rare heatwave. According to the designs in the comics, Babs doesn't actually have a dedicated computer room, e.g. no AC. Things get... heated. Literally.

I couldn't decide whether the batfam members brought her all the fans without prompting, of if she asked nobody in particular to "get her a goddamn fan or something" and immediately got like twenty of them.