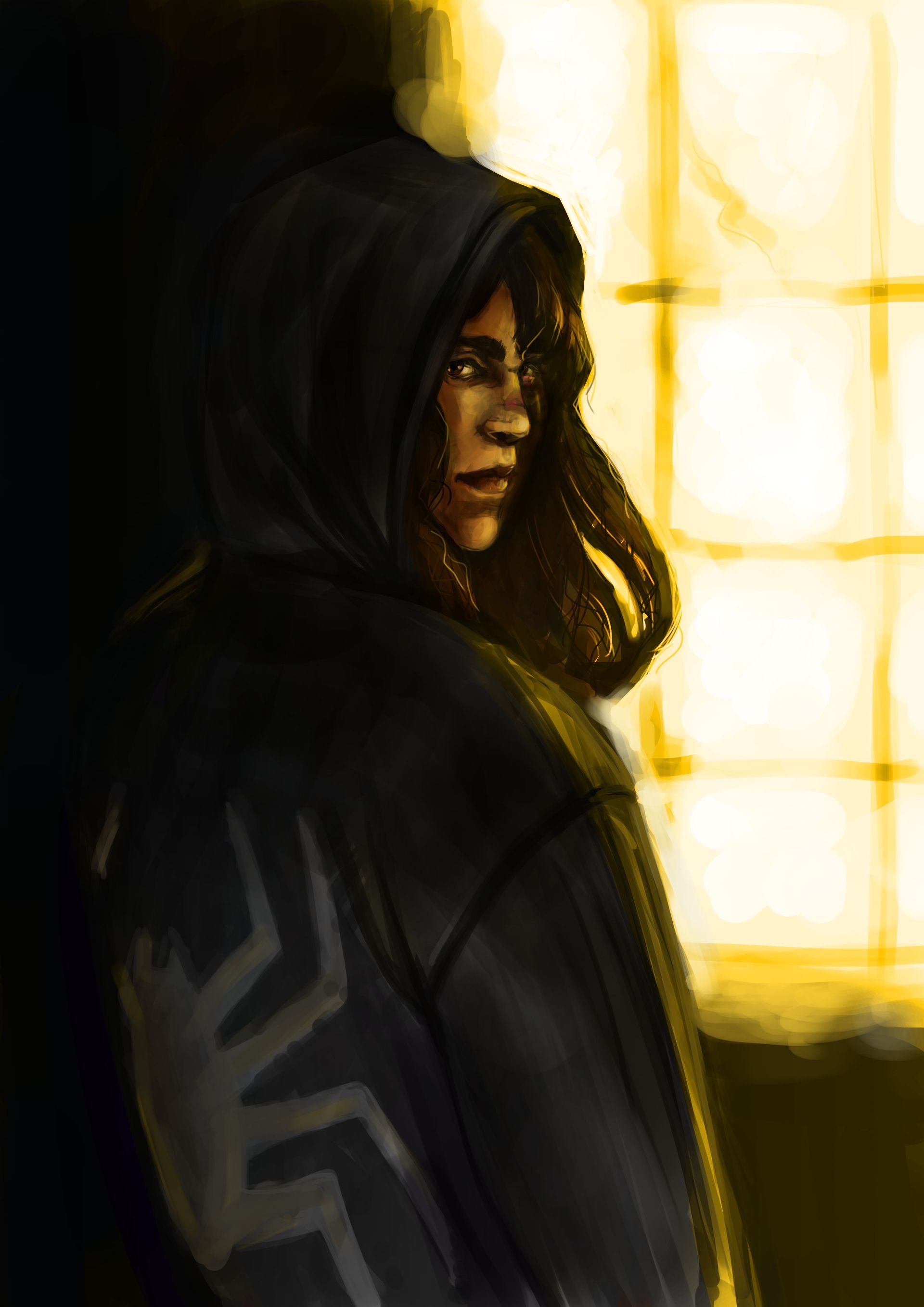 Anya Corazon in the style of the Daredevil show

(The original comment to this says "come on, you know me. certified 100% anya corazon trash. I HAD TO." And... well, yeah. Back when Marvel TV shows were just starting out, we were all really excited to fit our favorites into the new shared world. I still think Anya Corazon would fit very well into the Daredevil tone. (coughdefinitely better than ninjascough))

Some ideas that go with this picture:

Anya's father Gil works for the Bugle. He is a great journalist, but he's an immigrant with an accent and all he gets is scrapes and "ethnic interest" pieces. That's how he meets Elena Cardenas and starts to investigate things on his own.

At some point Ben Urich tries to talk some sense into him. I was strongly inclined to let Gil survive this, because I'm tired of teen superhero parents dying, but it might not sit well with the tone of the show.

Anya goes to school with Santino. They barely know each other, but they get often dumped together as "the Latinos". When he doesn't come to school (after S1E04 In the Blood), one teacher tasks Anya to deliver some forms to him.

Santino, meanwhile, has recuperated from his run in with the Russians and decides, with the logic of a teenage boy with a wounded pride, to "protect the neighborhood" or something equally dumb. When Anya visits him, they argue about it: she accuses him of having no damn idea of what's really happening; he basically replies "so help me find out".

Anya is unfortunately unable to let the idiot get himself killed. Shenanigans and eventual superheroism ensue.

I was playing with the idea of Santino calling himself "Toro" as a callback to the character in the comics. Which... makes almost no sense, because Toro was technically Rikki's side character, but whatever. Weirder shit has been done in comic-to-TV adaptations.

Would Anya gain powers or not? I never decided. I liked the idea of adapting her old origin as the "chosen one" of a spider deity; but it might be better (not to mention less potentially culturally appropriative) to keep her non-powered.