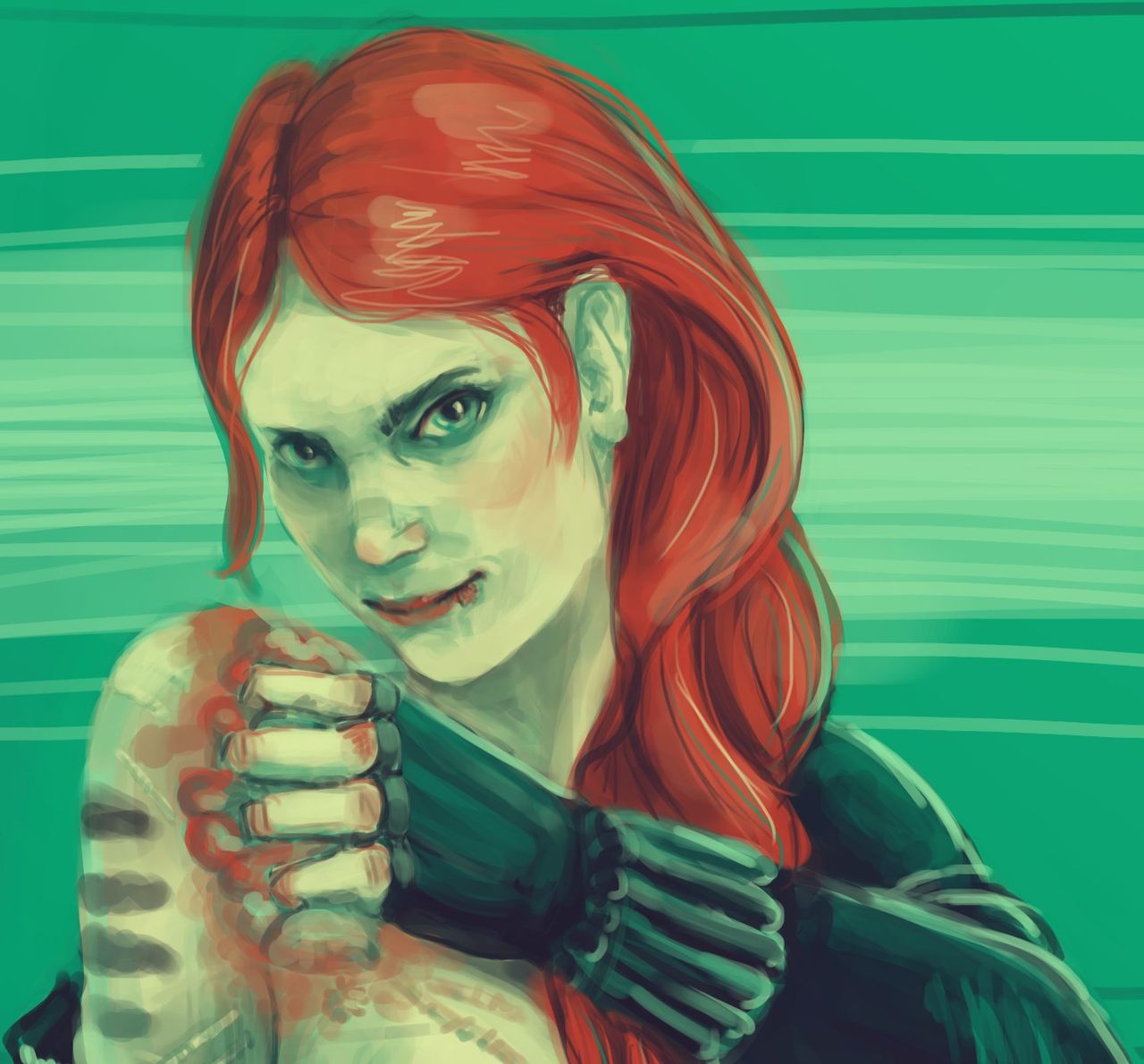 (It seems that back in 2014/2015 most of my fanart creations were inspired by spite. Never knock hate-fueled inspiration.)

I wanted to paint Natasha Romanoff. I tried “Black Widow comics”… and the result made me want to cry.

Broken backs. Improbable waist ratios. Costumes that would need vacuum sealing AND an entire roll of double-sided tape to stay on. All for the sake of… I don’t even know, because that shit isn’t even attractive! Don’t tell me the stereotypical hetero-male comics fans are turned on by shiny plastic orbs.

I just don’t get it. I mean, yeah, Beautiful super-spy, of course you’d want to see her half-dressed, but this just can’t really work for anyone can it? Isn’t there a better way to do that, you know, without sacrificing all logic?

…aaaand that’s why my original idea got scrapped and I’ve spent entire day thinking about naked superheroines and how to draw them in comics so it actually makes sense. :P

So…. what I’m thinking is, it needs to be a part of the plot. Everyone keeps whining that these characters are just showing their own sexual agency (yeeeaaah, right) - well, write it into the damned story! Make the character be the one who shows herself off, make her interact with the viewer… or better, use a viewpoint of another character! She’s chosen to show her body to someone - are they her lover? Someone she wants to sleep with? Someone she's just toying with?

And, for the love of comic gods, don’t stuff it everywhere. You need some contrast for it to have the right punch, or it starts fading into the background. (hint hint, like it already did.)

I get it, most of the creators and readers are sexual beings, so they want some racy content in their media. Alright, so be it. I just wish it was done with some brains involved!

Ugh, I could rant about this forever and never be done.

Soooo, I’ve tried. It should hopefully work without commentary, but the context is: Natasha and the main character (who’s viewpoint the image is), are patching themselves up after a battle; Natasha is not giving any shits, even though she knows the MC will ogle her, and she’s being smug/amused/challenging about it.

Also, a boob on display, because I hate the fucking hypocrites who draw a character next to naked, cover the nipple and oooh, suddenly it’s alright, we can keep our ratings. You wanna show titties? Then fucking show them. Nipples exist. Deal with it. *seethes*

Originally I wanted to draw MCU Black Widow, but I chickened out, painting ScarJo’s boobs was just too weird. So it’s a mix of all the comicbook Natasha’s I’ve seen around the internet (probably a lot of Phil Noto’s Natasha, because I love how he draws her).